Ramen lovers thrive on seeking out new and obscure ramen shops, but it would be a mistake to overlook the classics, so we’re thrilled to introduce these 5 historic Tokyo ramen shops.

With thousands of ramen restaurants across Japan, and a countless number abroad, ramen today is loved the world over. But this Japanese noodle soup staple is actually only about 100 years old.

The short story is that many Chinese noodle dishes were brought to Japan in the late 19th century (read more from the Yokohama Ramen Museum), and gradually evolved to better match Japanese tastes. This is how Japanese ramen as we know it eventually came to be!

In 1910, one of Japan’s most legendary old-school ramen shops, Rairaiken, opened in the Asakusa neighborhood of Tokyo. Rairaiken is renowned as having been instrumental in establishing a “Tokyo-style ramen.” 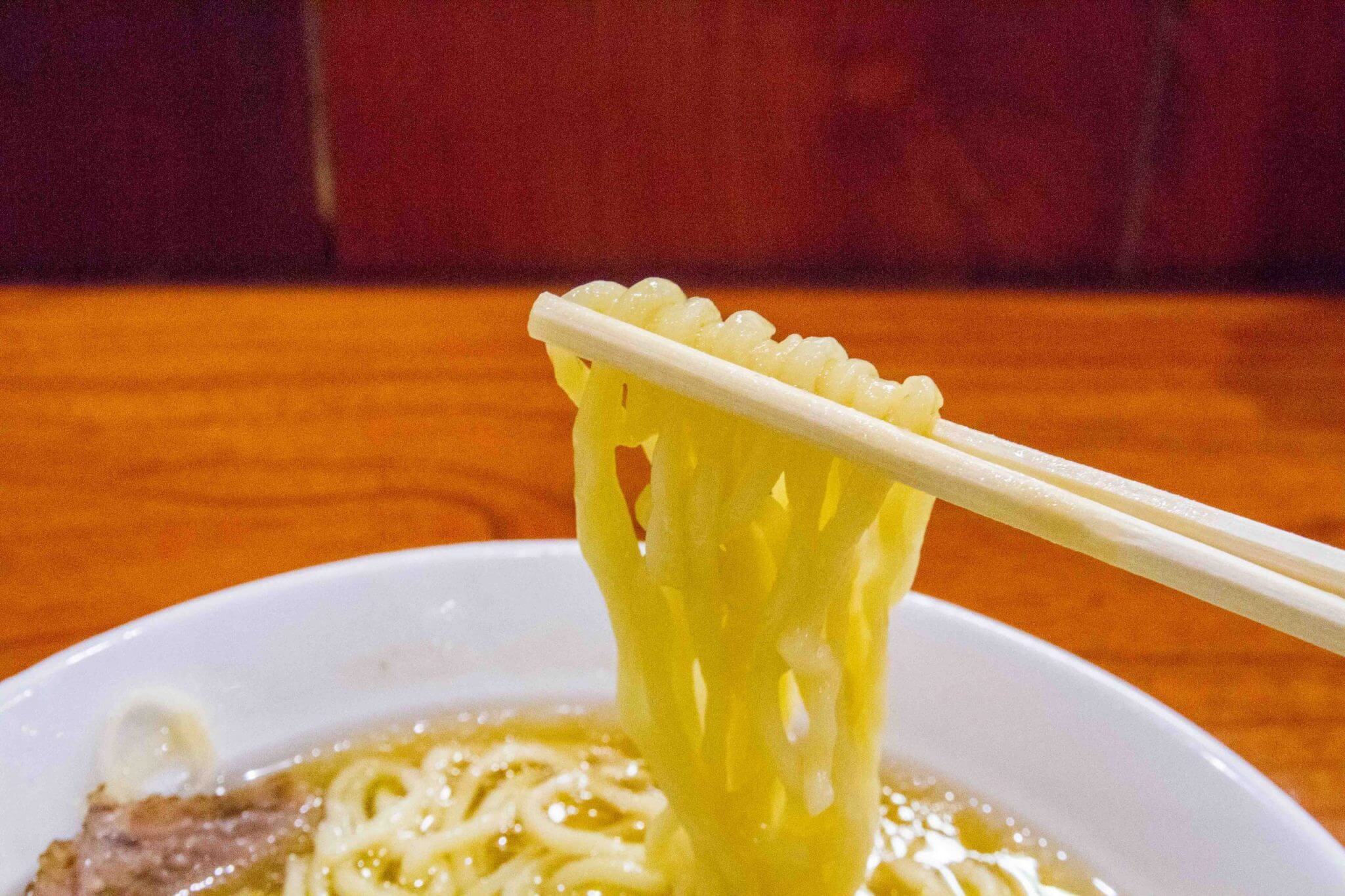 What we refer to as Tokyo-style ramen today often features a relatively light shoyu (soy sauce) seasoning, and a soup that’s a blend of chicken or pork bones, katsuobushi (bonito fish flakes), kelp, and other ingredients.

While Rairaiken itself is no longer around, the 5 historic Tokyo ramen shops featured below have been flag-bearers for this Tokyo style since as early as 1949. Their collective lasting power speaks volumes about their popularity, and their historical place in the Tokyo ramen world.

Ramen shop Harukiya (春木屋) will immediately pop up during any “classic ramen” conversation.

One of the last remaining ramen-ya of post-war Japan, Harukiya has been open since 1949. Inside it almost feels like a ramen museum. 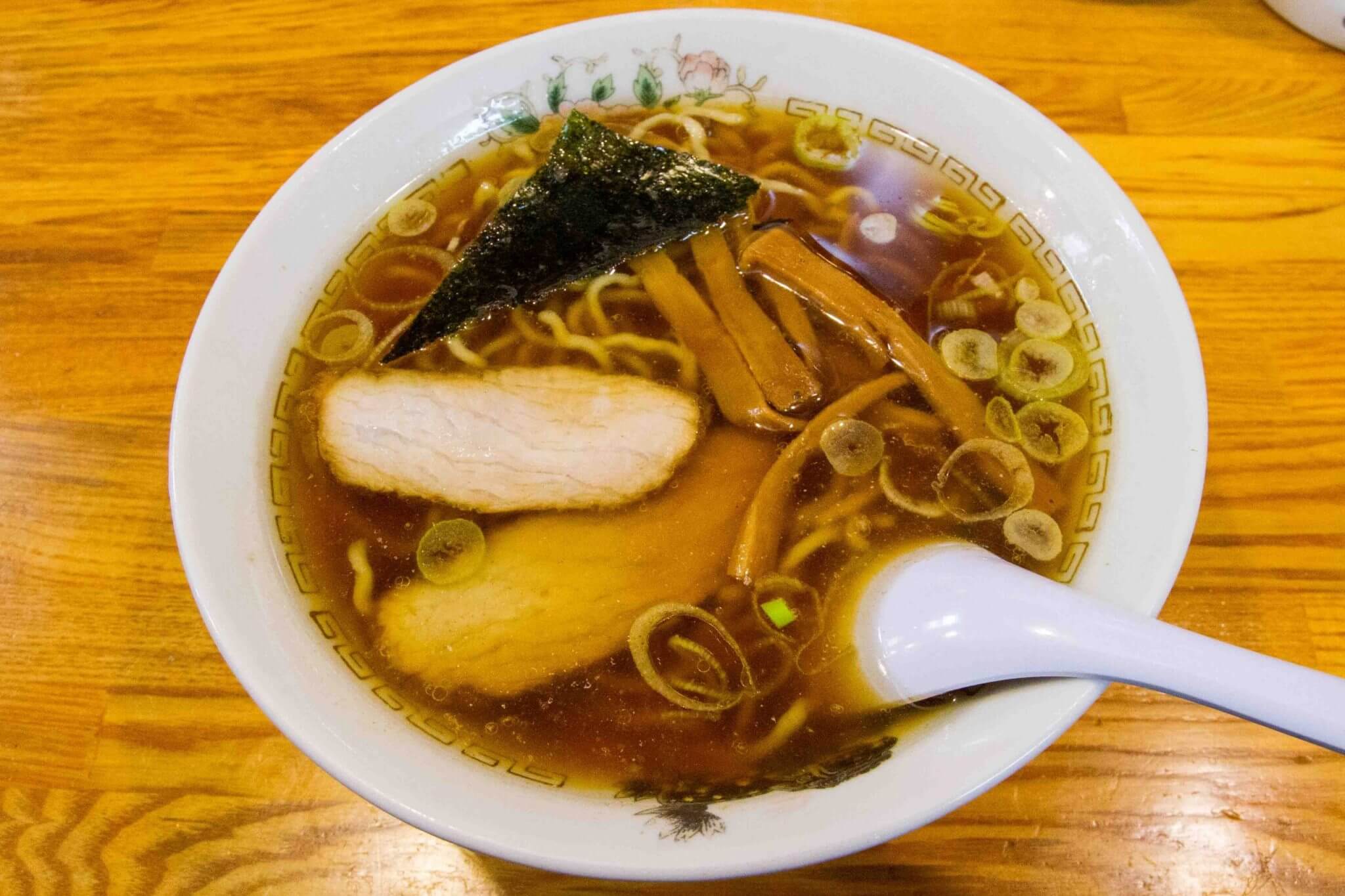 Many ramen history buffs would argue that Harukiya should be anyone’s first stop.

Ogikubo is an off-the-beaten-path district west of central Tokyo. Read about other unique Tokyo neighborhoods.

Like Harukiya above, Eifukucho Taishoken makes use of niboshi (dried sardines) in their broth, sourcing ingredients from throughout Japan, including Yamaguchi, Ibaraki, and Nagasaki. 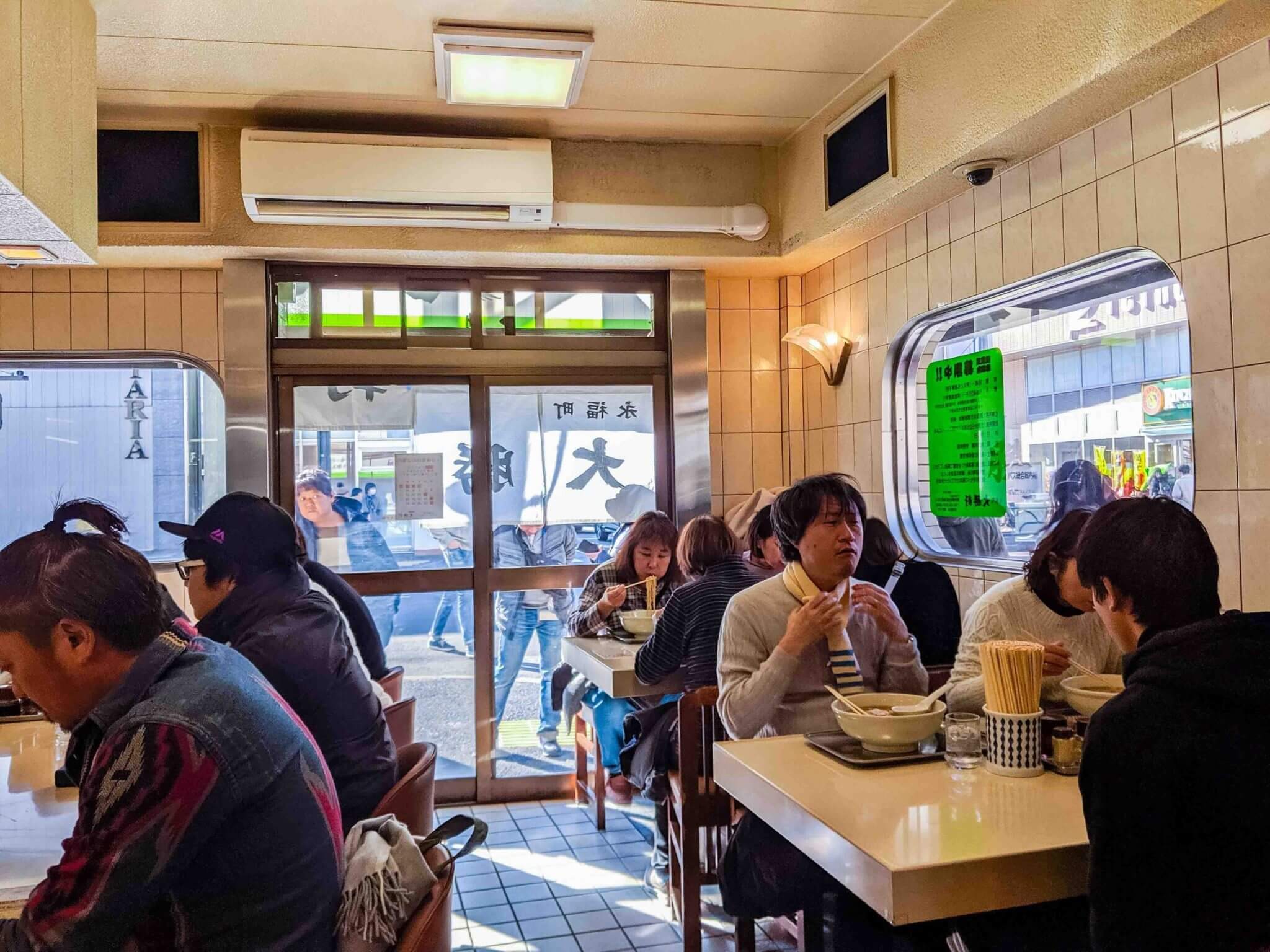 A special note about this ramen shop: their portions are enormous, with bowls are at least twice the size of your standard serving. In other words, come hungry! The soup comes with small shavings of yuzu citrus, adding a welcome, sweet acidity.

Uniquely, Eifukucho Taishoken is also known for providing a relatively (in the ramen world, at least) elegant atmosphere, with relaxing classical music and top-notch customer service.

Located in Yoga, a quiet residential area of Tokyo, Sairaiken (再来軒) has been serving classic Tokyo ramen since 1955.

Saraiken’s ramen is less rich than the other entries on this list, but absolutely delicious. Their chemical additive-free broth ramen features chicken and pork bones, fish, and a number of vegetables. 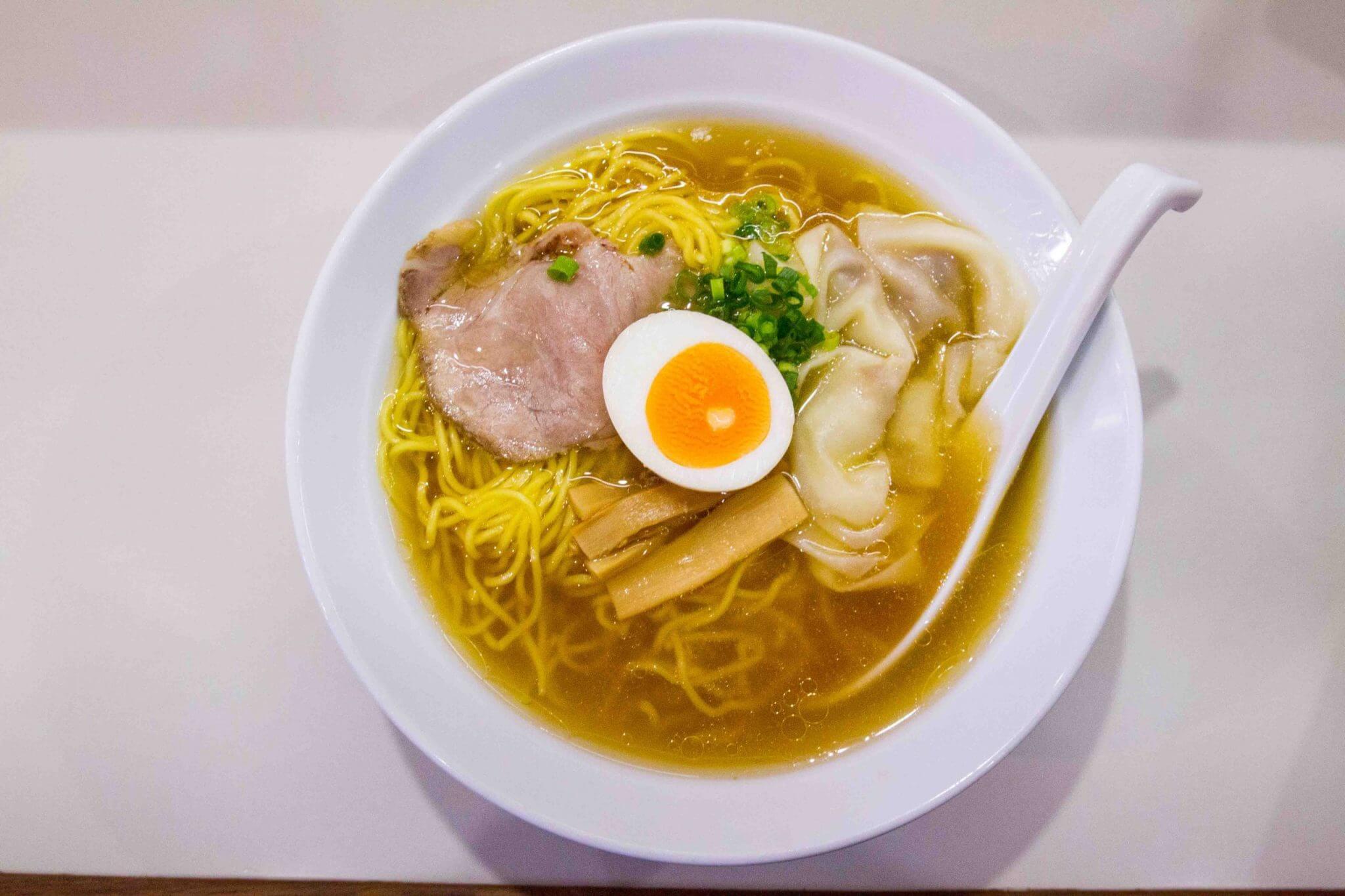 Choose between shoyu (soy sauce) or shio (salt) ramen. While shoyu is the Tokyo standard, the brighter tasting shio is equally tasty.

Another aspect of Sairaiken’s charm is that it’s family-run. Smiling throughout the hectic process of serving ramen, the staff are more than friendly.

Located in the heart of Tokyo’s hyperactive Shibuya district, Kiraku (喜楽) has been an important part of the Tokyo ramen scene for almost 70 years.

Kiraku’s lineage can be traced back to the Chinese restaurant Kiraku Daihanten, which inspired three ramen shops (Kiraku is the most noteworthy).

As with any popular ramen shop, do your best to visit at an odd hour, whether for a late lunch or late dinner. Kiraku gets really busy! 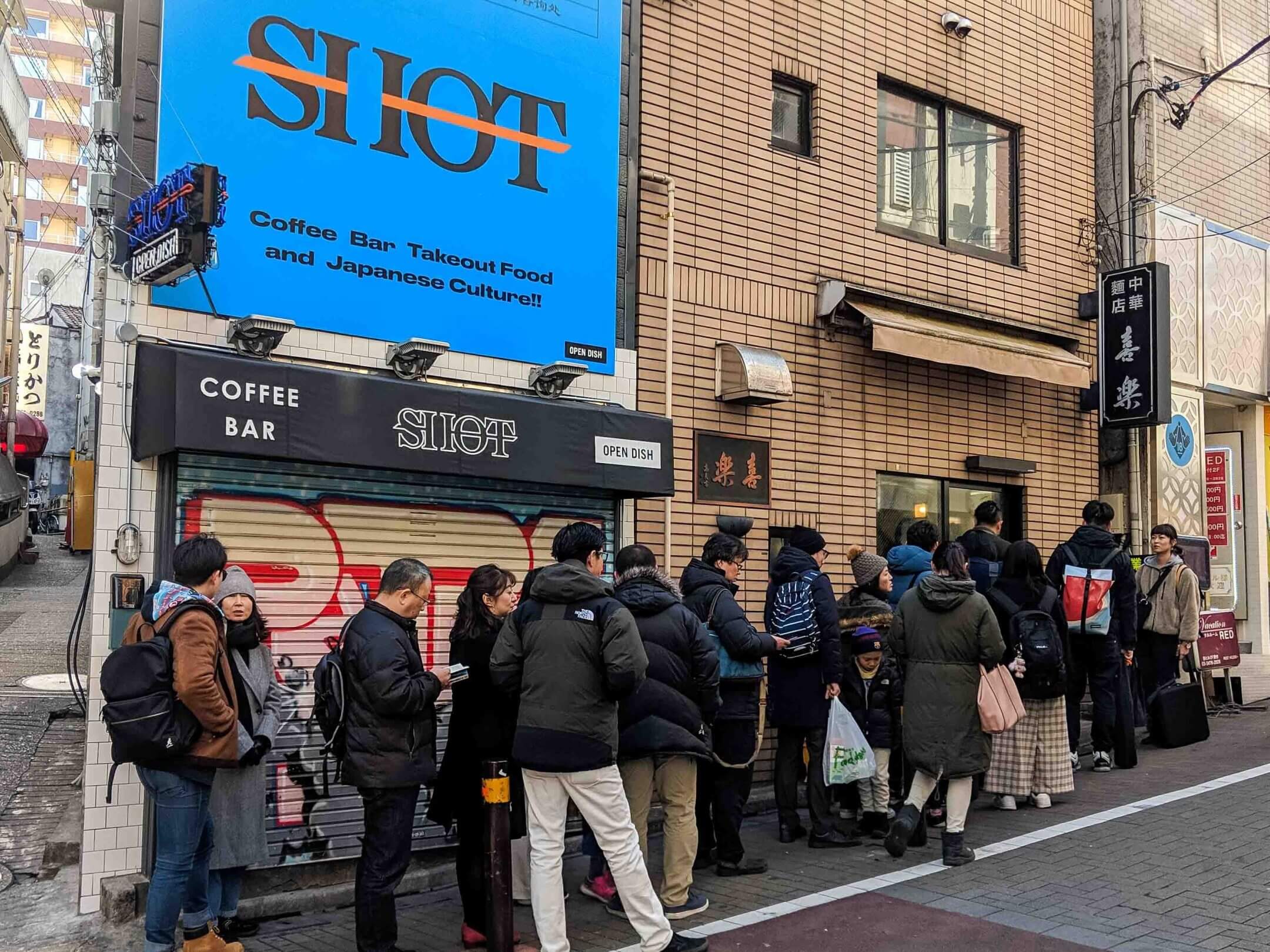 Kiraku’s broth doesn’t include any vegetables, just chicken and pork bones, but manages to hold a light flavor with its soy sauce seasoning. Perhaps the most unique feature are the burnt onions that float on top of the soup, and provide a punchy sweetness to the bowl.

Make sure to order their moyashi wontonmen. You’ll be treated to a mountain of bean sprouts and juicy pork dumplings.

The youngest ramen-ya on the list, Manrai (らあめん 満来) has been operating since 1961.

While not quite as large as the bowls of ramen served at Eifukucho Taishoken (above), the portion sizes at Manrai are still massive. My favorite aspect of Manrai’s ramen is their noodles. They’re thicker and more slippery than the typical Tokyo style, and do a phenomenal job of soaking up the sweet shoyu broth.

Manrai might have the most devoted following among Shinjuku “salarymen.” The same rules apply as for Kiraku above: make sure not to visit at noon to avoid the crowds! 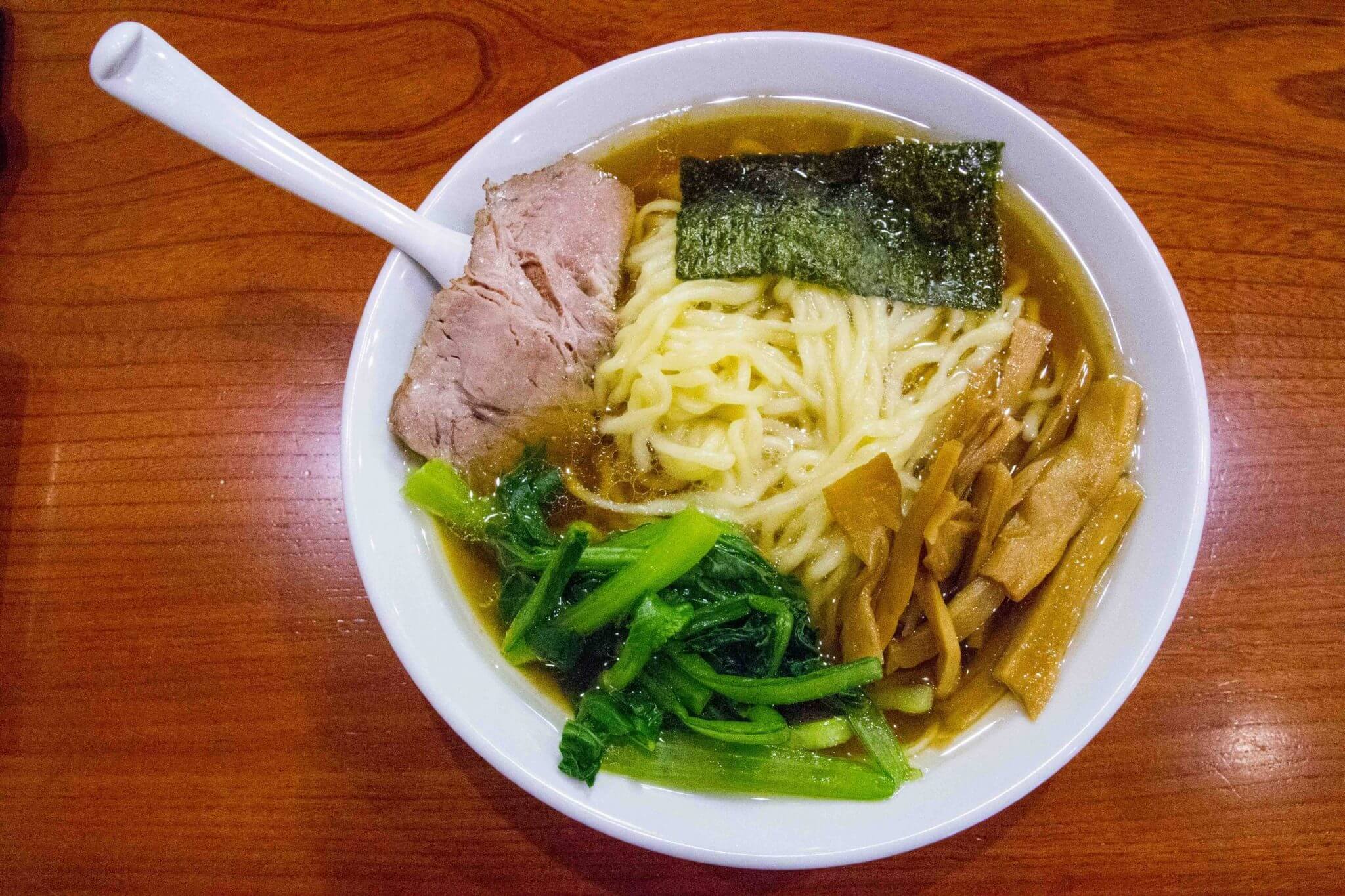 We hope this guide to Tokyo’s best historic ramen shops helps you have a most delicious Tokyo experience!

For more on this incredible city, check out our guide to Tokyo’s best sushi shops, and our suggestions on what to do with one day in Tokyo. 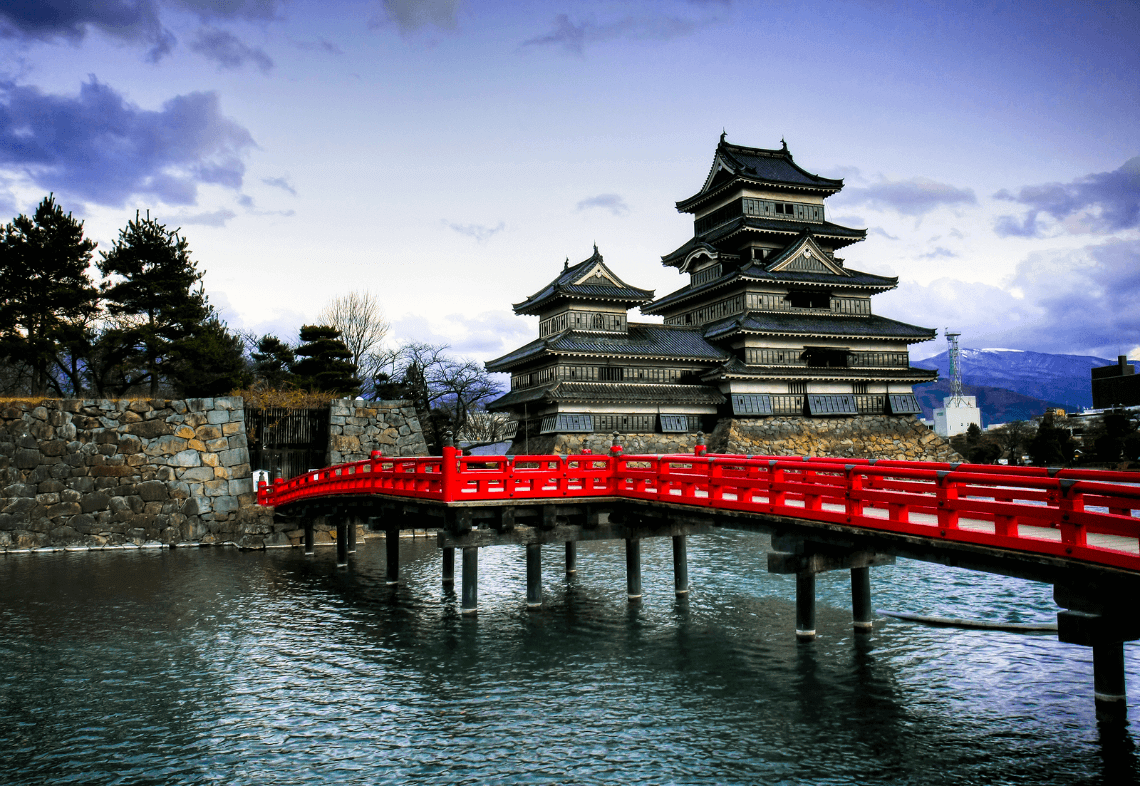 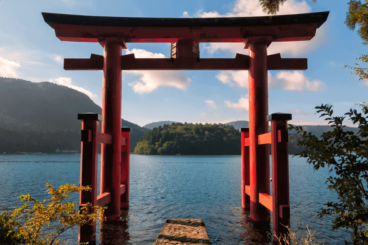